WHAT HAS BEEN REQUESTED 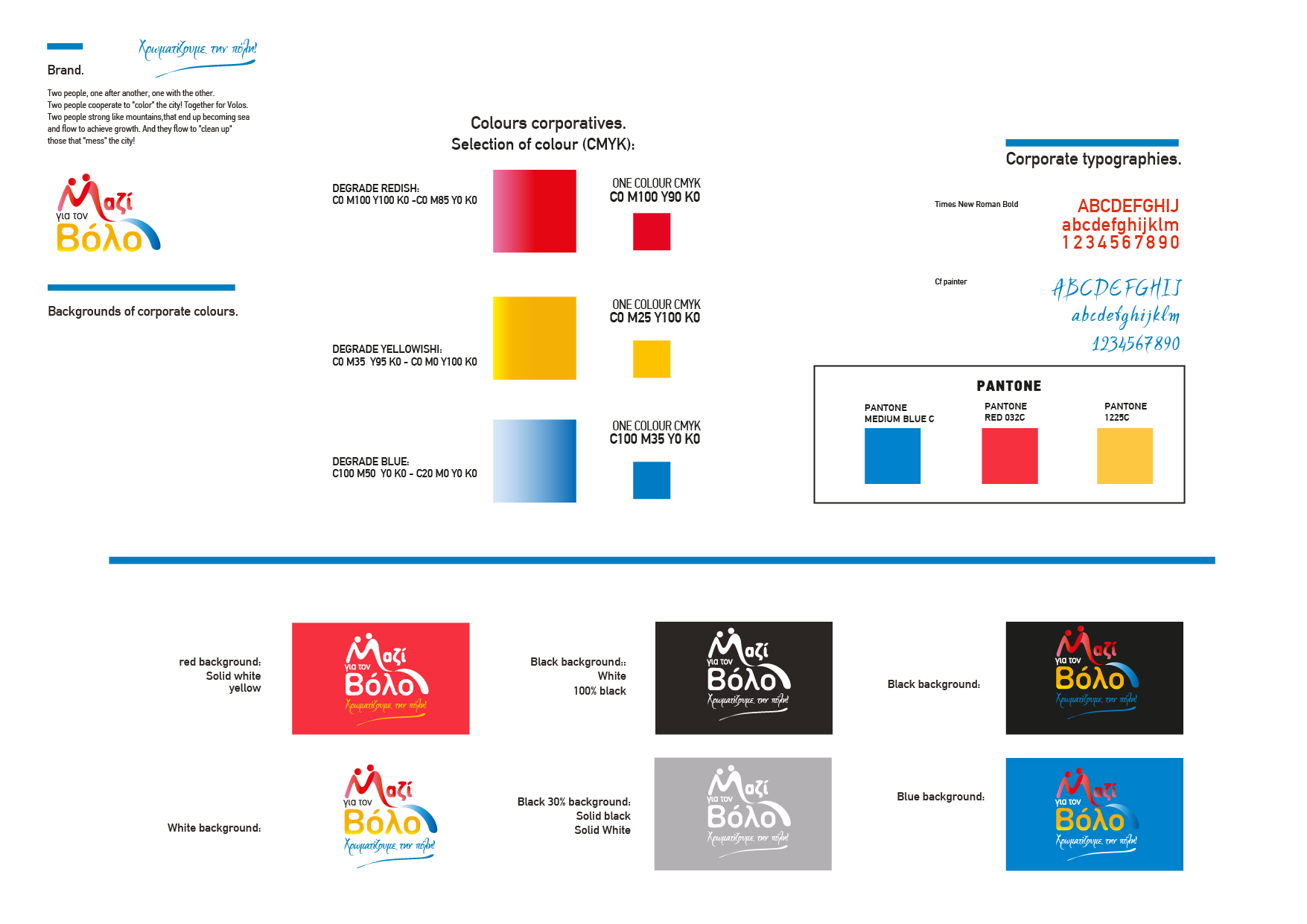 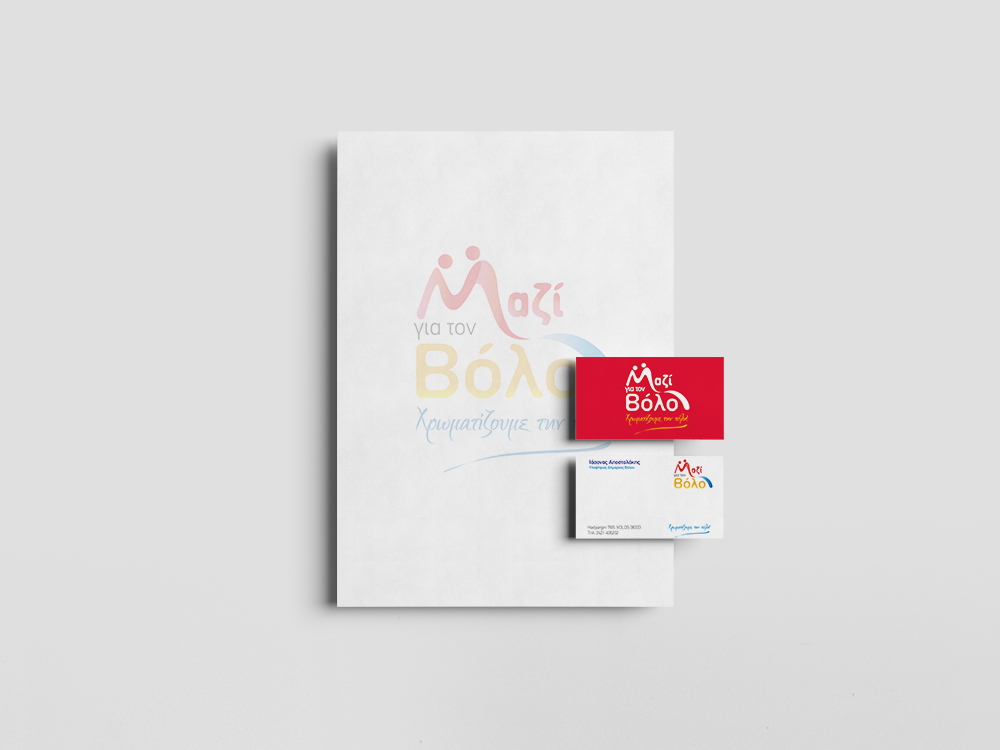 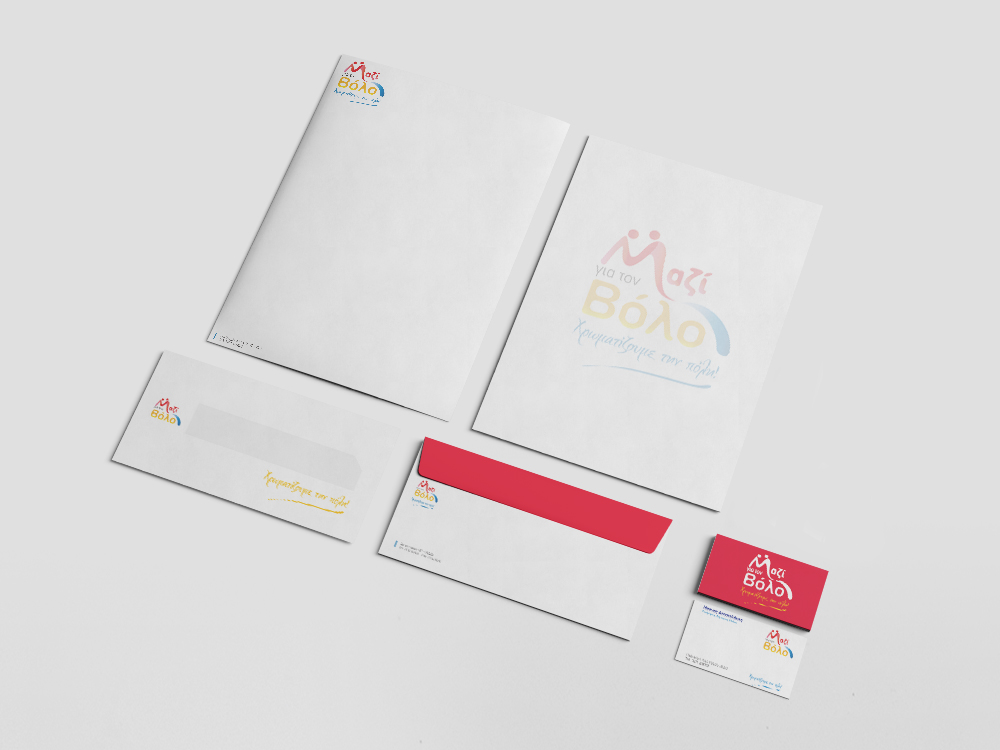 Starting from the logo redesign, we tried to emphasize the importance of the name. We ended up to design discreetly two human figures which essentially depict the whole ideology, cooperation and participation. Then we proceeded with creating the slogan. The slogan we created was “Xromatizoume tin Poli” through which we wanted to emphasize the political situation prevailing in Volos, which has fallen as a black shadow over the city. Then we created two poster campaigns. The first poster campaign was sketched. Through this particular poster, we have tried to highlight the unity and joint action of citizens from different social classes. The poster was released with 6 different slogans for targeting different audiences. The second campaign was focused on the candidate. Through this poster we gave a modern aesthetic for greater interaction with the young audience. In our social media strategy, we showed the candidate’s accessible and friendly profile. We divided our audiences into 3 categories. Our main target audience was young people aged 18-32, but we took care to remain close in all other ages. Through the campaign, we focused on city’s big problems and also at their ideological standpoint. Our main goal was to give clear messages to the people to get to know the candidate better, and to answer the basic question through our posts “Why should I vote for Iasonas?” 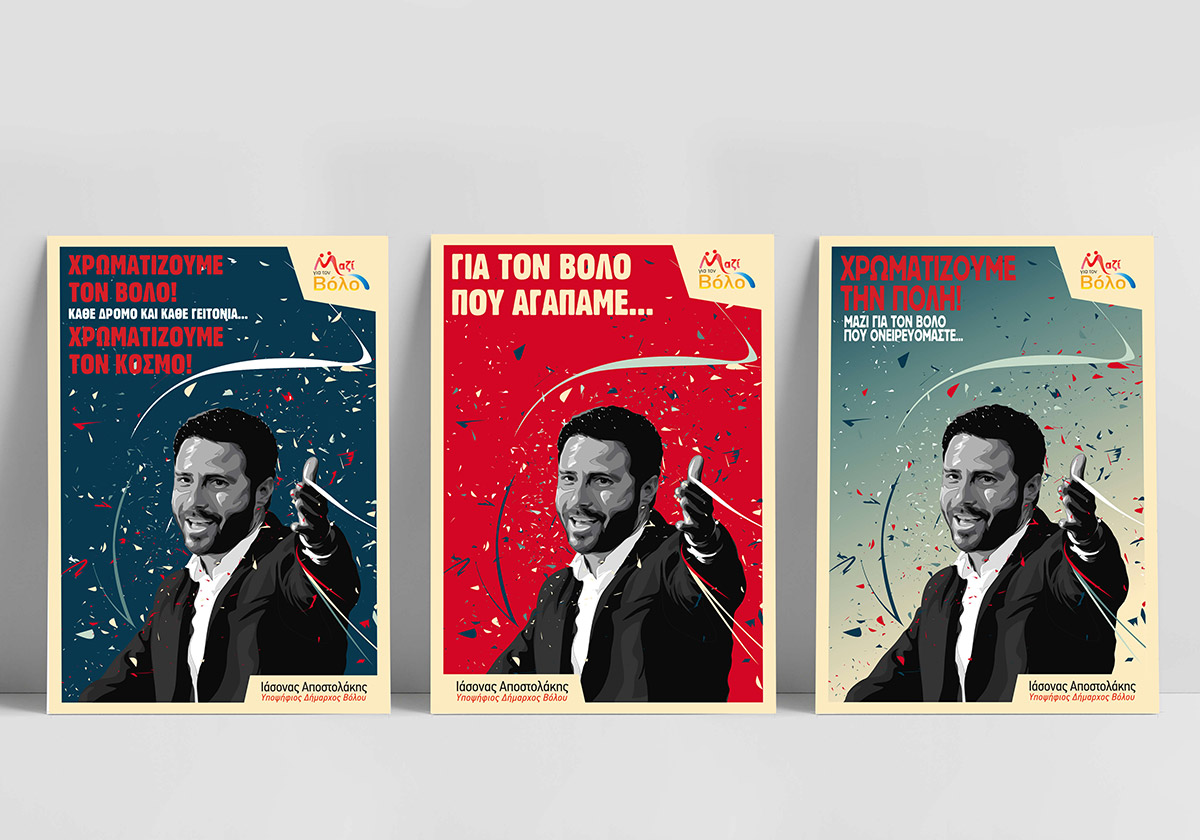 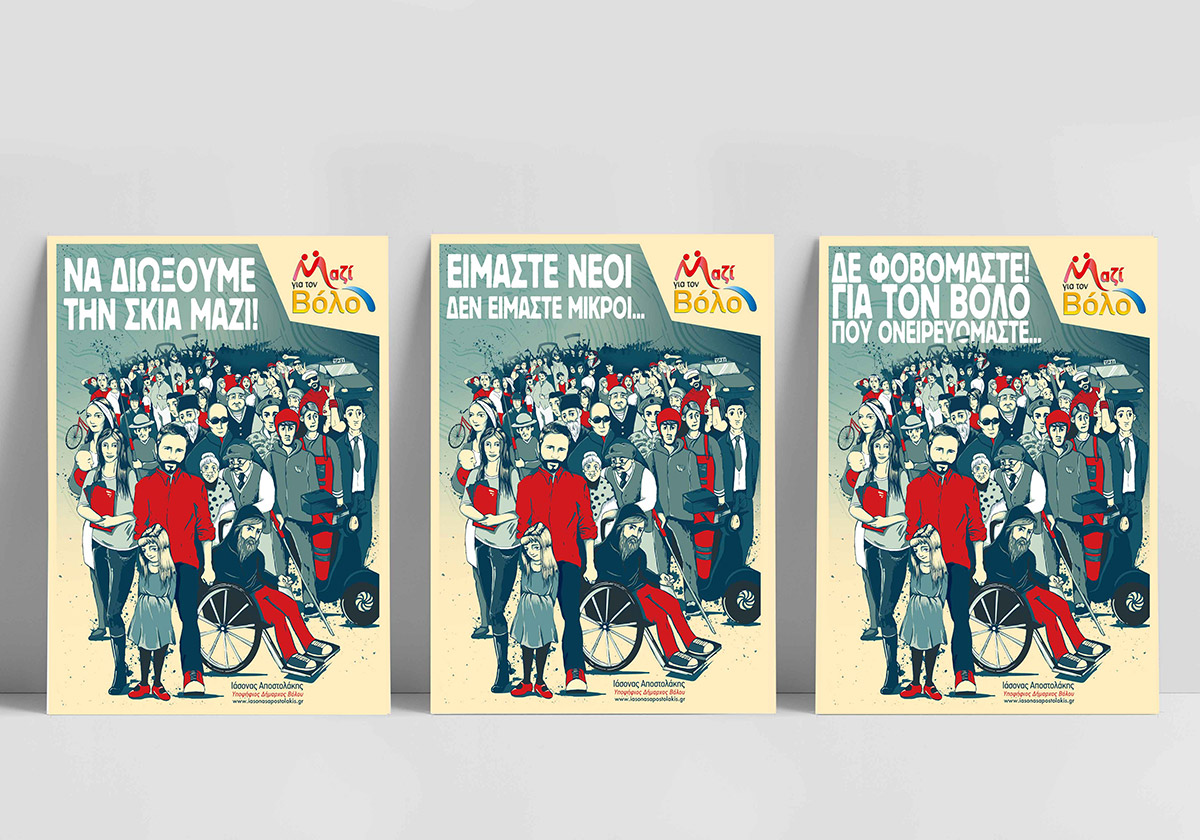 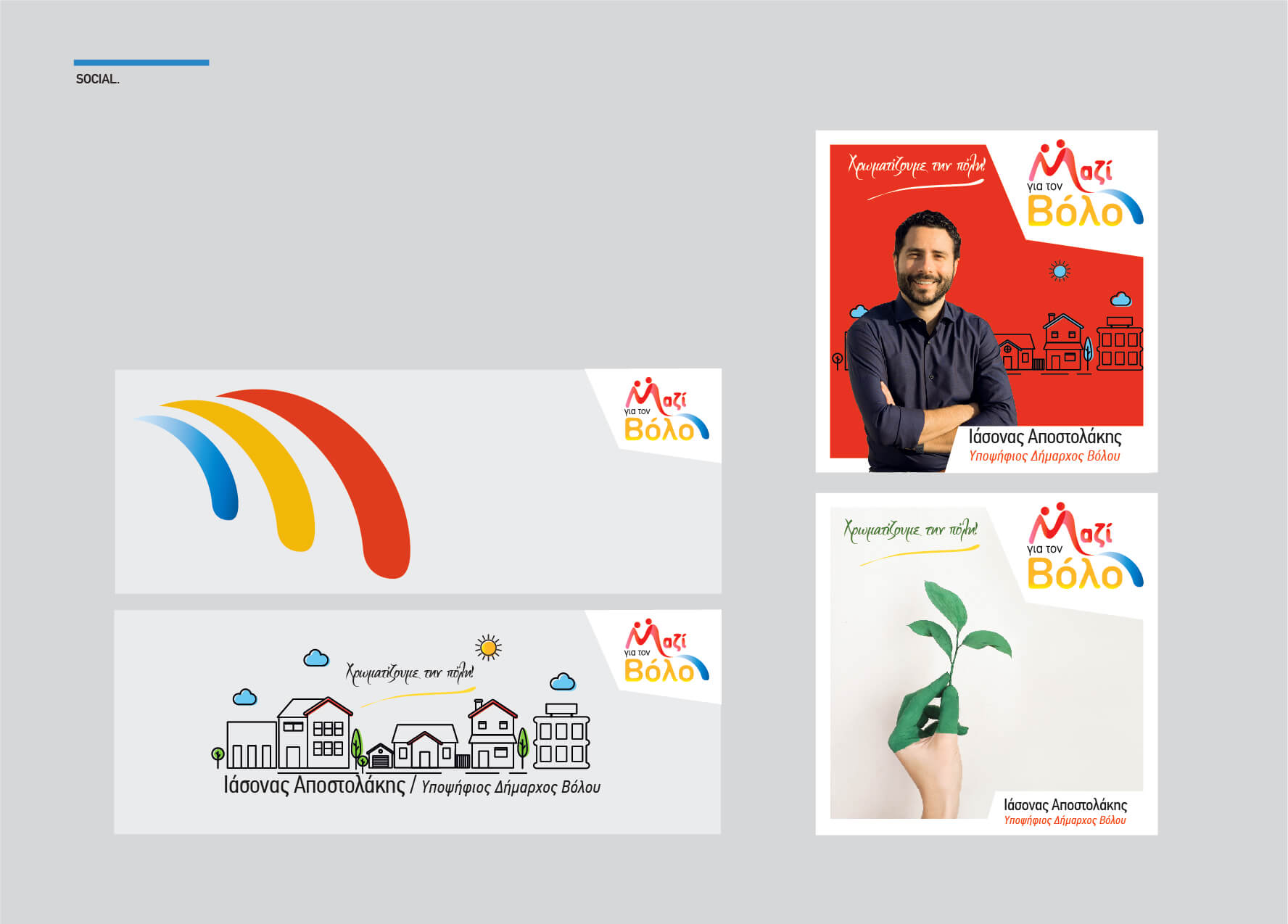 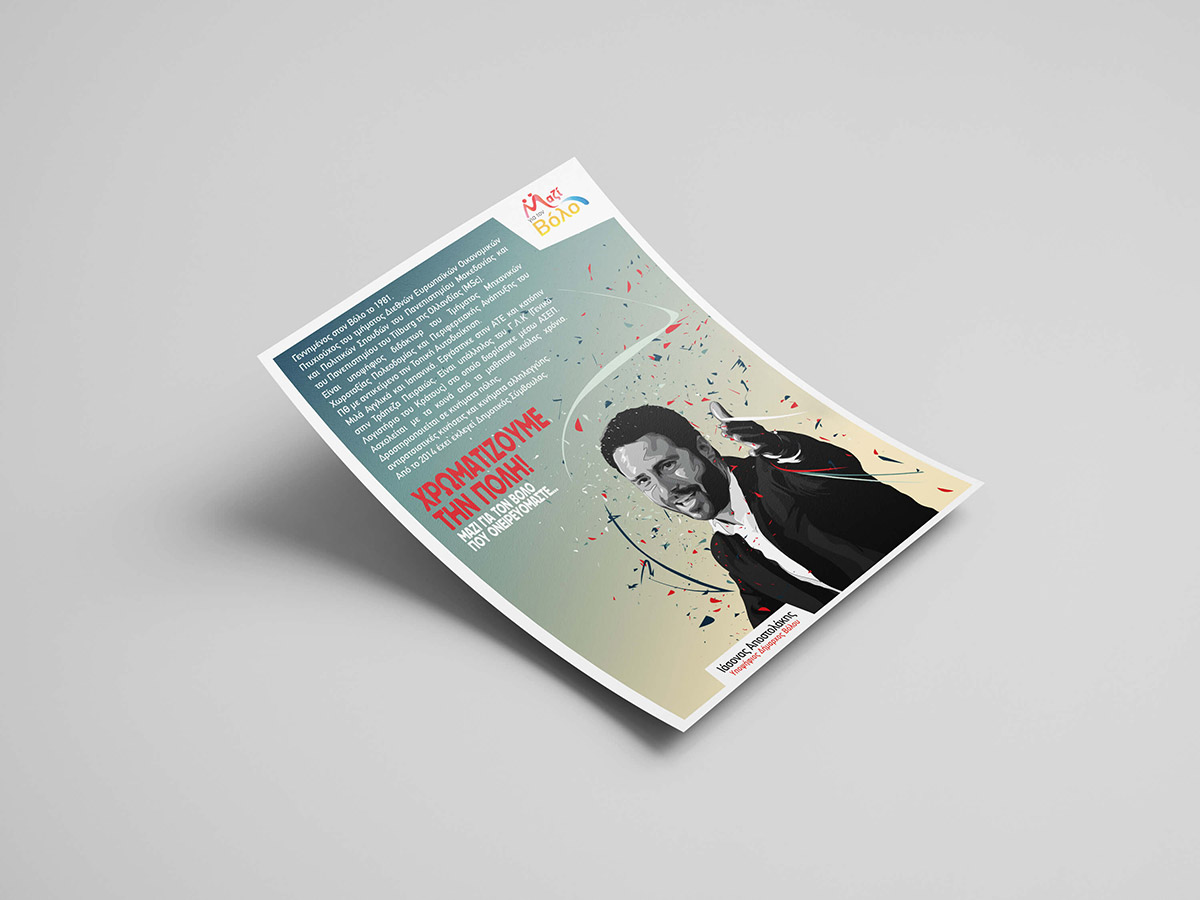 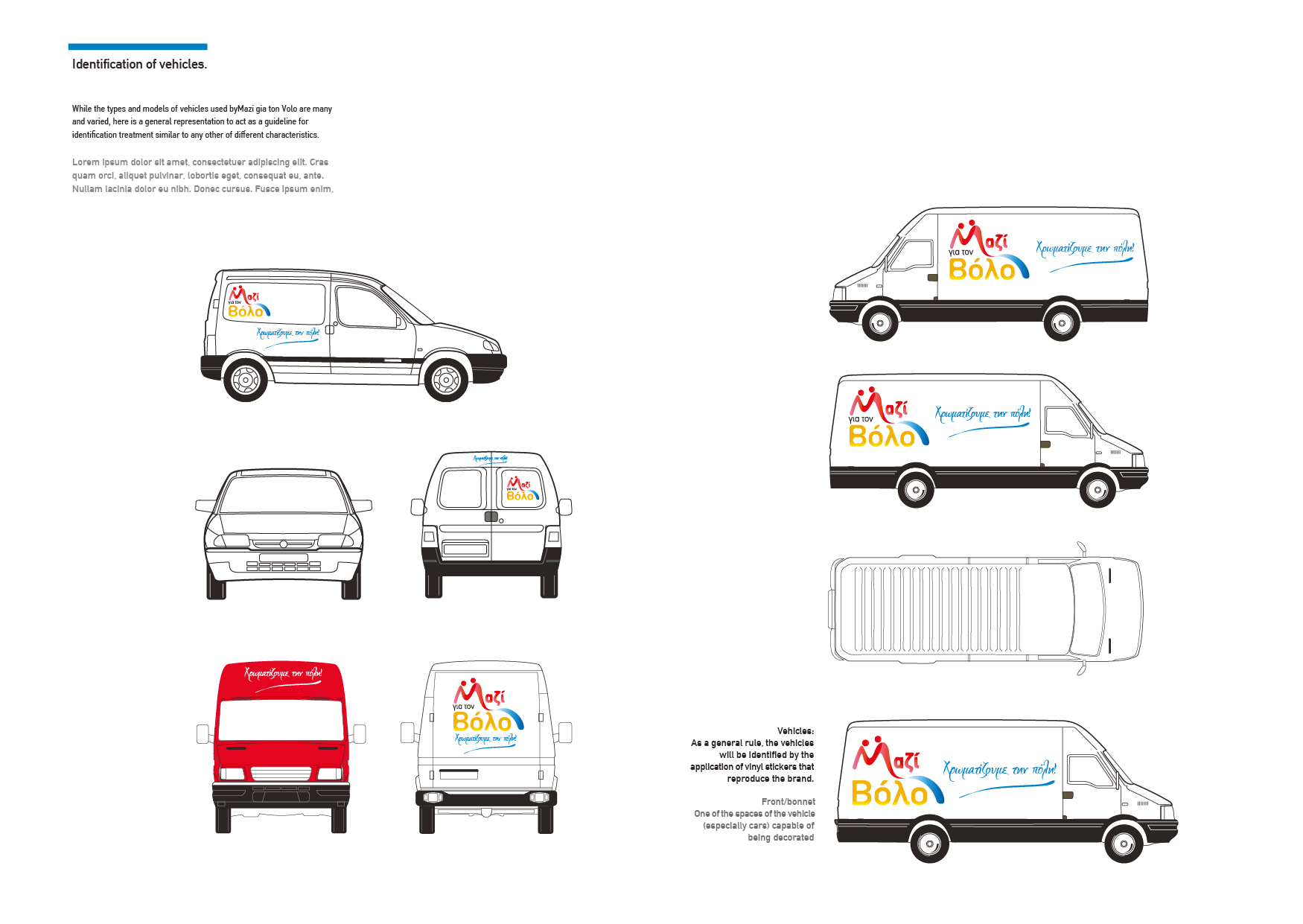